This Ham and Corn Chowder Recipe as become one of my favorite leftover ham recipes. A creamy chowder soup filled with ham, corn and potatoes that is perfect to serve any day of the year.

Every year, after Easter and Christmas, I have not only leftover ham, but also a meaty ham bone that I need to put to good use. And as much as I love Ham and Bean Soup, not everyone in the family feels the same way.

So I decided that this year, I would transition my Loaded Potato Soup recipe, which is one of my most requested recipes, into a delicious leftover ham recipe.

So that is where I came up with the idea of making chowder. Not only did I have leftover ham and a leftover ham bone. I also had a few extra potatoes that I didn’t use when I made mashed potatoes.

And I also had a bag of frozen corn sitting in my freezer, begging to be used. Therefore, I gathered my ingredients and used the basics of what I learned from making clam chowder and got to work.

The first step in making ham and corn chowder is to prepare all of the ingredients. Start by dicing the uncooked bacon, onion and celery. Then peel and dice the potatoes and set aside.

Although you could cook the bacon in full strips and dice it after cooking, I would highly recommend dicing it before it goes in the pan.

The reason that I prefer to cook the bacon in smaller pieces is because it cooks much quicker and creates less grease splatter. And to make thing even easier I use my kitchen shears as opposed to a knife when cutting the bacon.

Once your bacon is cut add it to a large pot that is placed over medium-high heat. Continue to cook, stirring occasionally until the bacon is crispy.

When the bacon is crispy, scoop it out of the pot with a slotted spatula or spoon, leaving the bacon grease in the pan. Then place the bacon bits on a paper towel lined plate and set aside.

While the bacon is draining, add the diced onion and celery to the pot and sauté for 5 minutes until they just become tender.

Then stir in the flour and continue to cook just until the flour absorbs the grease and liquid from the vegetables. Continue to stir the mixture until all flour clumps are gone.

Now add the garlic and chicken broth to the pot and stir. Be sure to deglaze the bottom of the pot to remove any stuck bits on the bottom surface.

Continue to whisk or stir until the flour is absorbed in the liquid.

Once the liquid is nice the smooth, stir in the cream, corn, ham, potatoes, Italian seasoning, cayenne pepper (if using), and 3/4ths of the cooke bacon bits. Increase the heat and bring the ham and corn chowder to a boil, stirring occasionally.

Boil and Reduce Heat To Simmer

After the mixture has reached boiling, reduce the heat to a simmer. Continue to cook until the potatoes are fork tender, stirring more frequently as the soup cooks.

As a reference, it should take the potatoes about 20 minutes to become nice and tender.

And finally, before you serve the ham and corn chowder, stir in the shredded Cheddar cheese. Continue to stir until the cheese has melted completely.

Season the soup with salt, pepper or additional cayenne pepper to taste. We will even throw some garlic salt in as well.

Can I use a leftover ham bone in this recipe?

If you have a leftover ham bone from Easter or Christmas, you can definitely add it to this ham and corn chowder recipe to add more flavor. However, I definitely suggest adding diced ham in as well if your bone doesn’t have a lot of meat left on it.

Can I use turkey bacon or pre-cooked bacon instead of pork bacon?

If you decide to use turkey bacon or pre-cooked bacon, you will need to add a little extra virgin olive oil to the pan in order to saute your vegetables.

Do I have to use Yukon Gold Potatoes?

Although we prefer the flavor and texture of Yukon Gold Potatoes, you can most certainly use Russet or Idaho potatoes instead. In fact, we have even used peeled and diced turnips as a low-carb substitute for the potatoes. And it tastes absolutely delicious!

Can I freeze Ham and Corn Chowder?

Although it is best to eat this chowder fresh, you can store it in an air tight container in the freezer as well. Just be aware that because there are potatoes in this recipe they will break down a bit during the freezing process and be less defined during the reheating process. 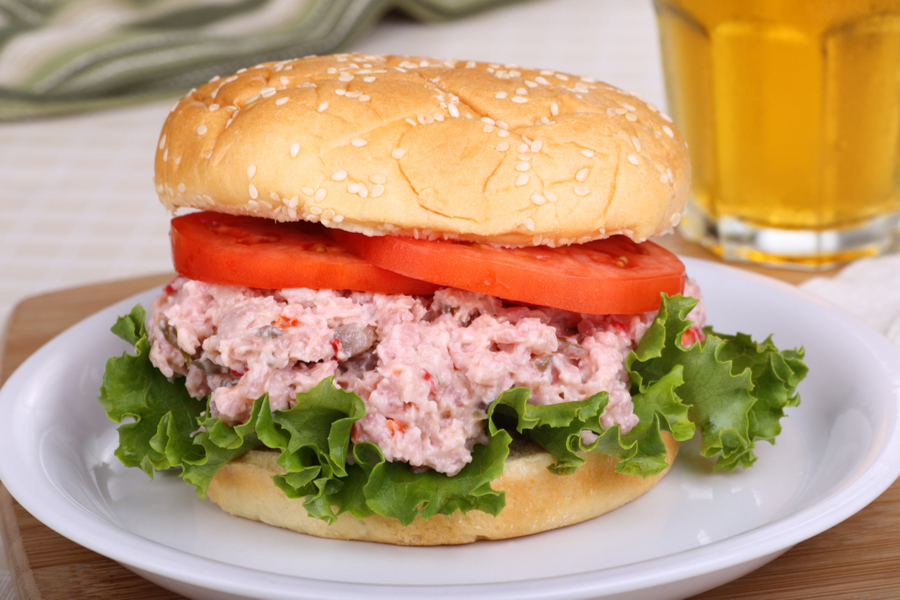 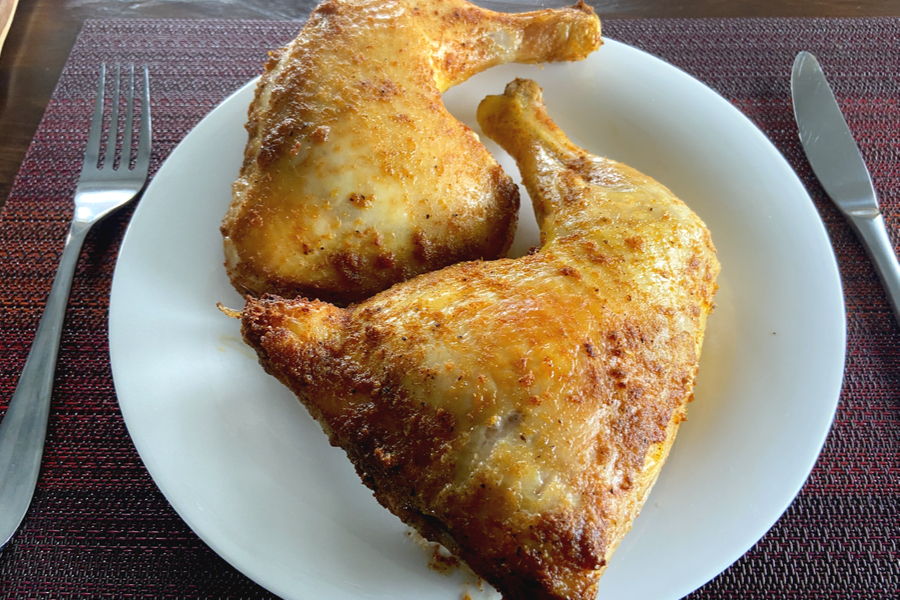