If you love the taste of French Toast, you are going to love these French Toast Roll Ups!

All of the flavors of traditional French toast but instead of needing a knife and fork, you can eat them with your hands!

They make for a great breakfast item that can even be eaten on the go if necessary. However, they also have become a frequently requested snack for both the kids and adults in my house!

So next time you are are craving French toast, be sure to give this recipe a try!

To start making French Toast Roll Ups, you first must prepare the bread.

Using a serrated knife, cut the edges off the 4 sides of the bread. You can save the crust to toast and make into breadcrumbs, or discard.

After trimming the crusts from each slice of bread, roll each piece out to about 1/8-inch thickness with a rolling pin and set aside.

Now it is time to prepare the filling. In a microwave-bowl or in a small skillet add 3 tablespoons of butter. Melt the butter just until the last solid piece disperses.

If you are wanting to make more than 8, adjust the filling ingredients accordingly, keeping with the 3:2:1 ratio.

Once you have added the sugar and cinnamon to the melted butter stir it with a fork or whisk until it becomes a spreadable consistency.

Now it is time to get the French Toast Roll Ups made and ready to cook. Start by spreading each slice of rolled out bread with a thin layer of the butter, sugar, cinnamon mixture.

Be sure to spread the filling within 1/2 inch of the edges as this will help hold it together.

Then starting at one end roll it up tightly, placing it seam side down. Repeat the same process with remaining bread slices.

Now it is time to prepare the standard milk and egg mixture that French Toast gets dipped in before cooking. Do this by placing the eggs and milk in a shallow bowl.

Whisk the mixture until well incorporated and the egg yolk and whites are well beaten. Set the mixture aside while you make the cinnamon sugar sprinkles.

In another small bowl, stir together 2 tablespoons of the granulated sugar with 2 teaspoons cinnamon. Set aside.

Now it is time to get the French Toast Roll Ups cooking! In a small non-stick skillet over medium heat add 2 tablespoons of butter. Once the butter is melted dip one roll at a time in the egg mixture and place in the skillet.

Add as many roll ups that will fit in the pan, adding the extra tablespoon of butter when needed.

Cook 1-2 minutes or until golden brown and slightly crisp on the outside. Flip and cook for an additional 1-2 minutes. Then remove the roll up to a plate and sprinkle each side with the cinnamon-sugar mixture. 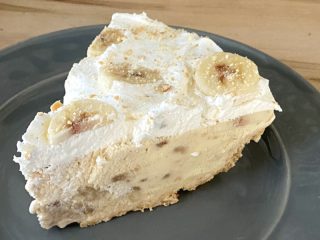 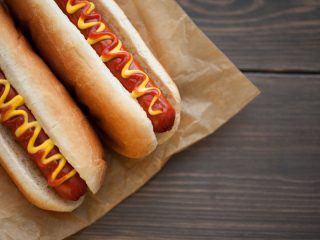