One of my very favorite desserts, especially around the holidays, is classic pumpkin pie. 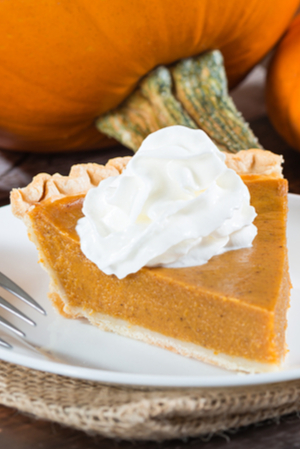 Delicious homemade pumpkin pie with a scoop of whipped cream!

As a child, I remember my Mom baking a pumpkin pie the night before Thanksgiving. She would roll out the crust on her Baker’s mat with her wooden rolling pin.

The mat served a dual purpose. First of all it was considered a non-stick mat.  This helped decrease the need for excessive flour to be placed on the rolling surface.

But the best part about the mat was that it had various circles and measurements printed on the surface.  This guide helped you know exactly how far you had to roll out your dough for the perfect 9 inch pie crust. 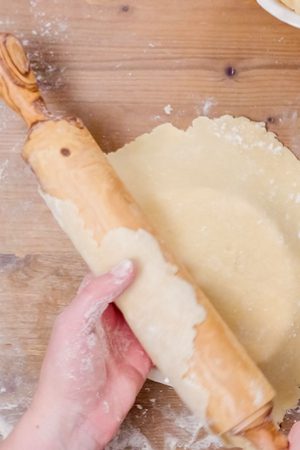 Rolling the dough onto the rolling pin to place it in the pie plate.

Once the dough was rolled out to the perfect measurement, my mom would then roll the dough onto the rolling pin. Then carefully place it in our glass pie plate.

She would scallop the edges around an old wooden spoon handle. This same spoon was one used on occasion to shoo us out of the kitchen when we got too rowdy.

A few pricks in the bottom of the crust with a fork and it was ready for the pumpkin pie filling.

After about an hour in the oven, the pie was perfectly baked. The crust was golden brown and the filling had a tiny bit of jiggle in the very center of the pie. 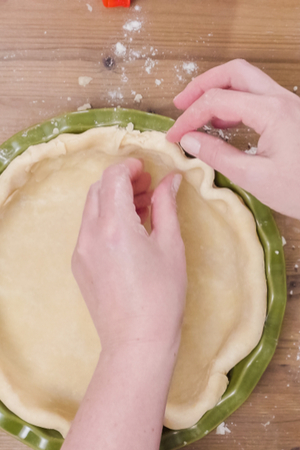 Crimp the edges of the crust with your fingers or around a wooden spoon handle.

Once it cooled, it firmed up perfectly and into the refrigerator it went! Right before we sat down to enjoy your Thanksgiving feast we would pull it out of the fridge and set it on the buffet table in the dining room.

Patiently waiting for the pumpkin pie…

My assigned seat looked directly at the buffet table filled with not only the pumpkin pie, but all the desserts that were brought or made.

I could hardly contain myself during dinner in anticipation of dessert.

I patiently waited through what seemed like the longest meal ever. And I would always drop hints to my parents as they talked with my older relatives to remind them that everyone had finished their meals. 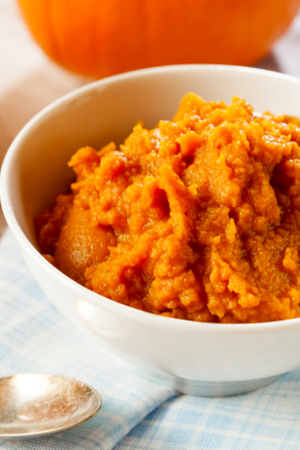 Homemade pumpkin puree ready to be made into pumpkin pie filling.

They continued to talk as I became antsy. Finally, after what seemed like hours, they cut and served the pumpkin pie.

With a few dollops of cool whip, my dessert was complete!

Fast forward several decades later, and I am now the one in charge of making the pumpkin pie. I follow the same basic recipe that my mother did, with a few modifications.

I make my own pumpkin puree using fresh pie pumpkins rather than using the canned variety.

And I must admit I sometimes ‘cheat’ and use store-bought pie crust. I have a great recipe for pie crust, but sometimes I don’t have time to make my own. 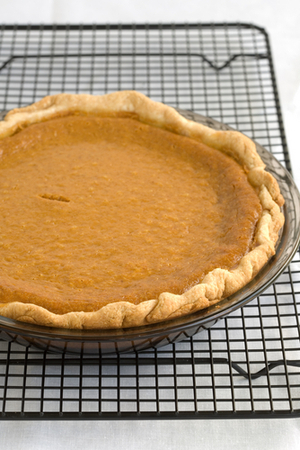 As soon as the pie has a tiny jiggle left in the center of the pie, remove it from the oven and let it cool.

Other than that, the recipe is one that has been passed down for generations in my family.