I can still remember the first time that I tasted Chicken Pho. I was walking through an international market in a large city and saw a long line of people waiting to order from one of the booths. 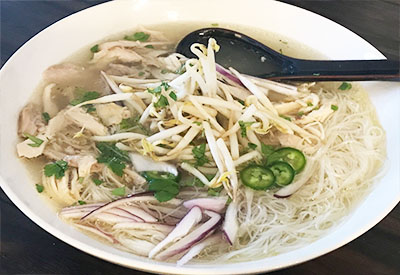 Instant Pot Chicken Pho – tastes like it has been cooking all day!

I was curious about what was so good about this restaurant that so many people were willing to spend over a half an hour in line.

Then I noticed everyone carrying large bowls of what looked like chicken soup topped with bean sprouts and basil leaves.

I finally asked a patron that was still patiently standing in line what everyone was ordering, and that is when I first heard the words Chicken Pho. 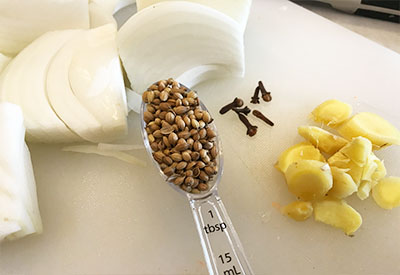 Because I had the day off work, I filed in line behind everyone else to see what the fuss was all about. And I am sure glad that I did!!!

Chicken Pho is now the first thing I order when I head to a Vietnamese restaurant. Lucky for me, I found a restaurant that was only a few miles away from my house that served the absolute most delicious Pho around.

For years I would head there for a quick lunch. Whenever I wasn’t feeling well, this was my new go-to chicken noodle soup meal.

That was until one day, the family that owned the restaurant decided to close up shop and move to a different city. 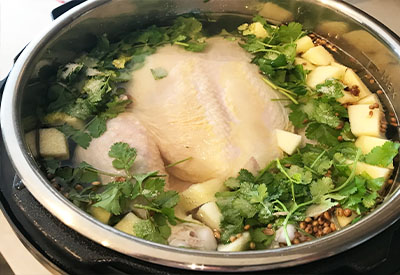 I was fortunate enough to have gotten to know the family very well and learned a lot about making Chicken Pho from the best.

After a few attempts and several hours spent over a hot pot on the stove, I was able to replicate the recipe.

However, because it took hours to prepare, I rarely made it.

That was until I found another love, my 6 quart duo Instant Pot! Because my Instant Pot had saved me so much time with other recipes, I decided to give Instant Pot Chicken Pho a try. 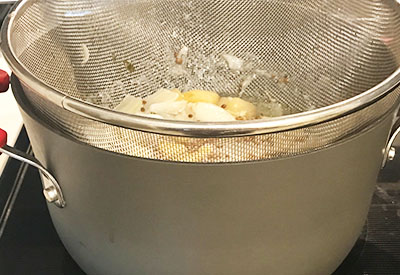 Strain the broth to remove the spices and any remaining chicken pieces.

Making it in the Instant Pot saved me so much time and the flavors tasted like it has been cooking all day!  So Instant Pot Chicken Pho has been a recipe that I now make 3 or 4 times a month!

To Make The Pho Bowls

Extra chicken can be saved for other recipes or frozen for later use. Extra Pho broth can be stored in the refrigerator for a week or frozen for up to six months. Recipe provided by Make Your Meals

In the list of ingredients, is that 6 garlic cloves, since garlic is shown in one of the pictures?

Hi Wilma - it is actually 6 whole cloves (the spice). What is pictured is peeled and cut ginger. There is no garlic in this recipe. Hope that helps!

How many pounds is the chicken?

You can use any size that will fit in your pot. We typically use a 4-5 lb. chicken